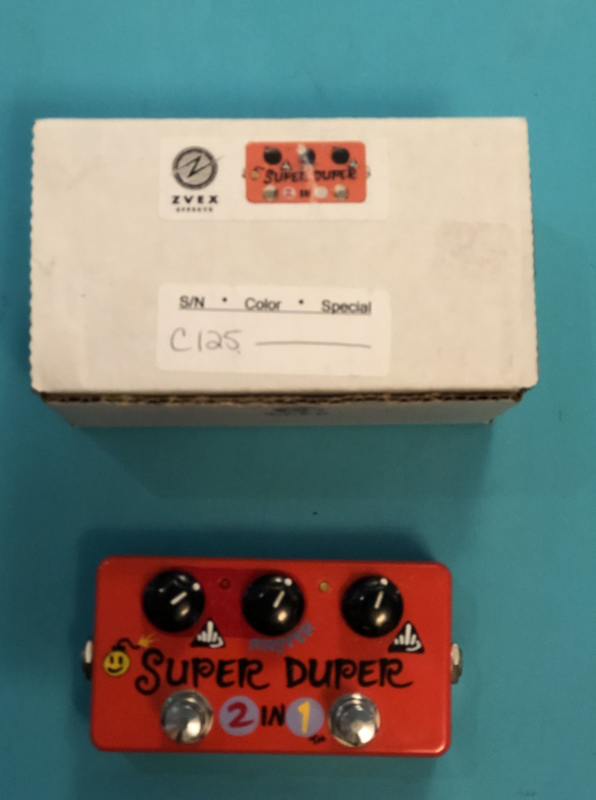 Creator Zach Vex has a warning for those considering the Vexter Series Super Duper 2-in-1 Boost: "I WARNED YOU TO BE CAREFUL. When using this pedal, start off slow, and monitor your amp for potential damage." This is no joke-with two Super Hard On circuits in one enclosure, this pedal is dangerously loud!

Channel 1
Channel 1 is a conventional Super Hard On, with a gain control on the far right and a yellow LED to let you know when it's engaged. If you're familiar with the SHO, you know that it's a very sparkly sounding, high input-impedance preamp with incredible headroom, wide-ranging gain (unity to 60X!), and a maximum volume that will knock out your fillings. Channel one has no Master Volume control, but it's cascaded into Channel 2, which does.

Channel 2 and Master Volume
This channel has the very same circuit as Channel 1, but the bleeder resistor on the output has been replaced with a Master Volume control, allowing you to turn down the output volume even if the gain is cranked. When Channel 2 or both channels are on, the Master Volume is active.

What's it sound like?
You might wonder just how insane the Super Duper 2-in-1 sounds with both channels active and cranked up. Zach says, "I can't get my Les Paul to stop feeding back at any audible volume level on my Marshall . . . I'm happy about that." Of course, wide open isn't the only setting on the Super Duper 2-in-1. It gives you a total of four volume levels, ranging, at your choice, anywhere from perfectly clean to ragingly overdriven:
Level 1: Your guitar is true-bypassed with both channels off.
Level 2: Channel 1 engaged.
Level 3: Channel 1 off, Channel 2 engaged.
Level 4: Both channels engaged

There's no tone shaping in the Super Duper 2-in-1. Its two perfectly linear, high-gain, high input impedance preamps can be cascaded with a total gain that ranges from unity to 3600. That's right, the maximum gain with both channels wide open is a whopping 3600, which is so completely distorted, hissy, feedbacky, and insane that you'll never have a steady relationship again. Or a lease. Or a pet. Fortunately, with the Master Volume you can hear what that sounds like at a reasonable volume. 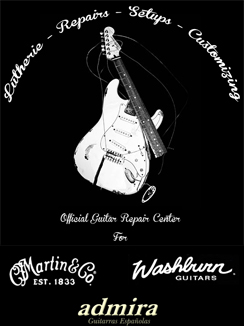